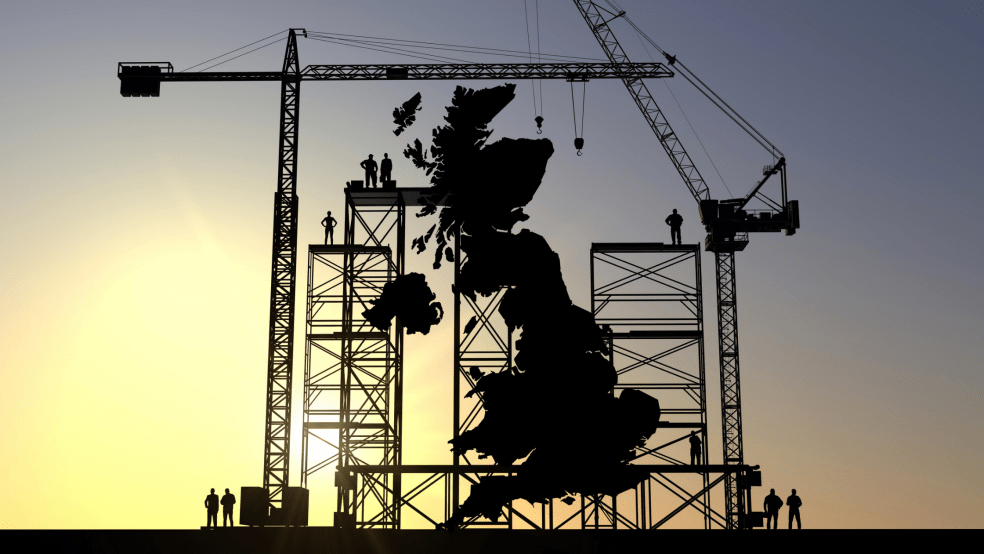 Full article with thanks to: constructionnews.co.uk/agenda/worth-more-than-pay-sector-experts-debate-the-benefits-of-flexible-working-24-08-2021

Demand for flexible working has grown in the wake of the pandemic, but does flexibility fit with construction, and can it ease the sector’s gender balance and skills issues?

The construction industry faces a long-term skills crisis, worsened by the exodus of Europeans following Brexit. At least part of the answer, according to Willmott Dixon chief people officer Rick Lee, must lie in making the sector more attractive to women.

“In construction, 16 per cent of the workforce is women, and there’s 48.6 per cent available in the UK workforce,” he observes. “So it’s a bit of a no brainer.”

Lee is speaking at a virtual roundtable, part of CN’s Inspiring Women in Construction initiative that Willmott Dixon has sponsored for the past four years. Panellists from across the industry are discussing how agile or flexible working – policies on working hours and locations that cater for family commitments – might transform the appeal of construction.

“Research shows that flexible working will make the industry more attractive to women, and to men for that matter, and that will help us address the skills gap,” Lee says.

Build UK chief executive Suzannah Nichol concurs. “It feels like we’ve been through a massive social experiment over the last 18 months,” she says, adding that the virus crisis has instigated many conversations about people, processes and productivity “that we’re not generally very good at having in construction”.

Michelle Richardson, pre-construction director at modern-methods specialist Ideal Modular Homes has heard calls for flexibility directly: “I have about a 60:40 split men to women, and it’s been the guys in my team who have come to me and said, given that they’ve had the opportunity to spend more time at home with partners and family over the past 18 months, that they don’t want to come back to [their old working patterns].”

HE Simm group HR director Victoria Simm adds: “We’ve done quite a bit of research within our business, and we found there were very few people who want 100 per cent back to the office, back to site, all of the time. But [very few] wanted to stay at home forevermore.”

Willmott Dixon has participated in a multi-year Build UK study to investigate the realities of flexible working, particularly for onsite employees. The study, which also involved Skanksa, Bam Construct and Bam Nuttall, was co-ordinated by flexible working consultancy Timewise.

New approaches were trialled by each contractor on live projects, with the findings published in June this year.

“When we started, [people said] it will never work on frontline construction sites, because we’ve got this very long supply chain,” Nichol says, though she adds that contractors successfully brought subcontractors into their pilots. “It’s not easy [and] there isn’t just one solution,” she adds. “You have to sit down and say: right, what’s going to work here?”

But she says the study results were positive: “The most joyous thing was [seeing a] hardened site manager coming back and saying: ‘This was brilliant – going forward, I only ever want to work on projects where this is an option.’” The benefits of flexible working were worth “more than pay” to participants able to spend more time with family.

“We’ve got a generation coming into the workplace now who have a very different set of issues they want to bring to the table, and there could be some real synergies” – Gillian Charlesworth

Willmott Dixon’s own pilot was at a £23m school build in Lambeth. The project team was 80 per cent male, Lee says, and they devised their own working patterns. “We took a team-based approach, because if you do it piecemeal it can create resentment,” he explains. “They had an overall programme for the building [and] they set up a time programme – a rota for who was in when and who was not. And they updated it every week and they stuck it up on the wall in the main site cabin.”

Some chose to start early and leave early, often to pick up children from school, while others opted to start late, or were able to work remotely at times. All agreed work no more than 40 hours per week. Lee summarises the outcome: “Quality? Defect free. Cost? On budget. Customer satisfaction? Nine out of 10. Health and safety? 95 out of 100. Time? It finished six weeks early. You think: hang on a minute? How can you do all of that? Limit your working hours, introduce flexible working, and finish a job early?”

He suggests that an improved work-life balance can unlock greater commitment, and hence productivity, during the hours actually worked.

Flexible working may prove attractive to younger people as well as women, notes BRE chief executive Gillian Charlesworth. “We’ve got a generation coming into the workplace now who have a very different set of issues they want to bring to the table, and there could be some real synergies,” she says.

But Nichol cautions that flexible working must still be structured: “This isn’t rock up when you feel like it, which interestingly, is what some of the next generation had in their heads.”

Willmott Dixon head of communications Andrew Geldard says that flexible policies must be driven by senior management to succeed [see boxout, Getting Started]. “It’s about leadership,” Geldard says. “It’s about how we, as leaders, seize the day and say, look, we’re not going back to how it was two years ago.”

Charlesworth, meanwhile, draws attention to the key role of middle managers in delivering lasting change. “They are the most influential body because they’re on the frontline,” she observes. “One of the things that bubbles up most often is the lack of consistency between the way one middle manager is approaching something compared to another, and these are the things that really do cause disruption and resentment.”

Quinn Group senior planner Christina Riley notes that one way for senior leaders to embed change is to put diversity and inclusion goals, including flexible working, into the performance and review criteria for middle managers.

The first step in adopting flexible working is making the case in business terms, advises Willmott Dixon’s Rick Lee: “For us, we believe that teams with a good balance of men and women make better business decisions. And we know flexible working is attractive to women.”

Next is to engage with key influencers: “People who are passionate about the change, and who are influential,” Lee says. “Hierarchy is irrelevant. These are people who others listen to.”

Finally, the organisation must embed the change, Lee says: “We set up a national gender-diversity steering group [that] reports to the board on a quarterly basis, and each of our regional offices has a local gender diversity group […] embedded in our structure and formalised.”

“Middle management training is crucial, from the tier ones and then cascading it down through the teams and into the supply chain as well,” she says. “If you’re a plasterer and you want to work flexi time, does the culture of agile working actually filter down to that level?”

Arcadis partner Kate Gardiner advises: “Make sure you’re thinking about the culture and the behaviours and the people, but also about the processes and the organisation changes that you need to make.”

Gardiner adds: “If you’re the only person that’s not [physically] in a meeting, how do you still feel truly included? Good meeting management is key to that. Understanding the people is important, but having the right technology is really critical.”

Pitfalls for the unwary

Gleeds senior project manager Nicola Jones warns: “You could be the unlucky one who didn’t particularly want to work on a job, but your name gets put forward because you’re not in the room. It takes a very good manager and processes to [still pick] the right person for the job.”

“We keep talking about mental health and more women and more diversity in construction. We’ve actually got to do things differently to make a difference” – Suzannah Nichol, Build UK

A cautious tone is also struck by Mace equality, diversity and inclusion lead Kevin Bowsher. “[Pre-pandemic] the sector was doing appallingly, in reality, about increasing representation of women,” he says, adding that while flexible working can “undoubtedly” help, such policies must also be “backed up, either at the government level or at employer level” with improved childcare and creche facilities: “There has to be much more focus on the infrastructure that goes with supporting people to come to work.”

But he adds that the most vital change would be to see employers openly acknowledging that people have personal responsibilities “that mean that they can’t sometimes commit to being on a project at a certain time”.

Another stumbling block may come from trade unions, predicts Simm, noting that changes to terms or hours can be contentious. “We’ve got a little bit of work to do alongside the bodies that may push back a little,” she says.

Mental health is another area of concern, warns Riley, who says she has found home-working “draining” without “the chats around the office that really help your wellbeing”. Jones adds that remote working may also hide warning signs of depression or addiction.

Bowsher, meanwhile, warns that flexible working could harm those it’s meant to help, saying that if women are more likely to work remotely than men, they may more often be excluded from key decisions.

Nichol, however, argues that pilot projects have shown most drawbacks can be managed. “We keep talking about mental health and more women and more diversity in construction. We’ve actually got to do things differently to make a difference,” she says. “One of the spinoffs [of flexibility] is improved wellbeing on site. It got people thinking more about the individuals on their site. They’re no longer ‘labour’, or ‘the workforce’ – they are ‘the people on our team’.”

Full article with thanks to: constructionnews.co.uk/agenda/worth-more-than-pay-sector-experts-debate-the-benefits-of-flexible-working-24-08-2021