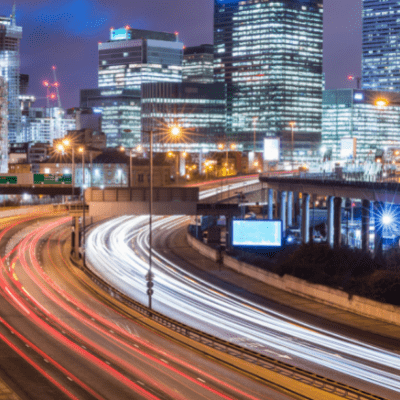 Full article with thanks to https://www.swlondoner.co.uk/news/28042021-construction-of-new-smart-motorways-halted-until-safety-upgrades-installed/

No new smart motorways will be opened until proposed safety upgrades have been installed, the Government revealed last week.

The announcement from Transport Secretary Grant Shapps detailed that stopped vehicle detection (SVD) technology will be installed in all new smart motorways.

The announcement comes after Highways England’s first year stocktake into the progress of smart motorways.

Shapps also confirmed that the implementation of new radar technology has been accelerated for all existing sections of all-lane running (ALR) motorways such as the M25 around London.

As a result, additional safety measures will be installed on existing smart motorways by September 2022, six months earlier than planned.

What are smart motorways?

Smart motorways were originally created to manage congestion following a 23% increase in traffic jams since 2000.

Through the introduction of variable speed limits and use of the hard shoulder as a live lane, the new motorways have achieved increasing capacity without committing to the costly process of widening carriageways.

In 2007, it was estimated that active traffic management, the former name for smart motorways, could be implemented within two years at a cost of £5-15 million per mile as opposed to £79 million per mile cost of widening.

There is approximately 500 miles of smart motorway in the UK, with construction planned for another 300 miles of conventional motorways to be remodelled.

Currently there are smart motorway schemes in construction along the M4 from west London to Berkshire as well as the M1, M27, M6 and M56.

Smart motorways have remained extremely controversial since their creation, with calls to scrap the system following the deaths of 38 people on smart motorways from 2014 to 2019.

The pressure to reverse the rollout increased at the beginning of the year after a Sheffield coroner called for an urgent review after finding that the lack of a hard shoulder on the M1 was a factor in the deaths of two lorry drivers.

And a recent probe by The Independent found that people were “more likely to die” on smart motorways than conventional motorways.

However, official data covering 2015-2019 shows that drivers are 33% more likely to be involved in a fatal accident on a conventional motorway than a smart motorway.

And analysis commissioned by the Transport Secretary in 2020 found that smart motorways are “as safe, or safer than conventional ones”, even lowering the risks of “tailgating, rapid changes in vehicle speeds, vehicles driving off the carriageway and vehicles being driven too fast”.

However, the data also revealed that some risks are increased on smart motorways, notedly the “risk of collision between a moving and stationary vehicle”.

In a written statement to Parliament, Shapps said: “Great Britain has some of the safest roads in the world and, although per one hundred million miles driven there are fewer deaths on smart motorways than conventional ones, we are determined to do all we can to help drivers feel safer and be safer on our roads.”

What will the safety upgrades do?

The Department of Transport claims SVD will help protect motorists forced to stop in ‘live lanes’ by using radar technology to spot stopped vehicles, close lanes with overhead gantries and get help to them quicker.

The Government also said that additional cameras will be used to aid the detection and protection of motorists using lanes marked as closed.

Highways England trial of SVD technology on an eight-mile stretch of smart motorway in 2015 stated it was 86.4% effective at identifying vulnerable vehicles stranded on routes with no hard shoulder.

However, analysis by Highway Magazine found errors in this data that confirmed a lower level of SVD effectiveness.

The AA’s head of road policy, Jack Cousens, said that the motoring association wants to ensure that all contractors have the radar technology and infrastructure to install smart motorways.

He added: “At the beginning of the rollout, there was only one company with the right technology and they couldn’t provide the technology and infrastructure quickly enough, which meant we’re now playing catch up.

“Whilst having this technology is a good thing, we want to make sure that it is the best technology available and we want it to capture 100% of car stoppages.”

Why were safety measures not implemented at the beginning?

Highway England credits the lack of safety measures first implemented to the practice of value engineering.

Value engineering is a systematic approach to providing necessary functions at the lowest cost possible without sacrificing functionality, in this instance creating smart motorways with a limited budget.

With the first trial of smart motorways in 2006, known then merely as a traffic management technique that included hard shoulder running, the early stages of smart motorway trials and rollout occurred during a period of austerity in the UK.

The trial revealed that northbound and southbound journey times fell by 26% and 9% respectively, pollution fell by 10%, fuel consumption by 4%, and accidents were reduced from over five a month to 1.5 a month.

With data from the first trial showing that the concept was successful, the project was continued without additional safety features on the basis that stock-takes would be made to track the progress of the rollout.

Cousens said the AA is pleased with the progress thus far with smart motorways but wants to now shift the focus to implementing the technology in conjunction with providing more emergency refuge areas (ERAs).

He explained: “The one thing we would like to become the real main focus is the spacing of ERAs, particularly on the schemes that are already part of the smart motorway network.

“We want a pause on future construction so that we can focus on current smart motorways.”

ERAs were originally set 500m apart on Highway England’s M42 trial scheme, but without consultation the distance between areas was increased to a mile and a half in 2012.

The AA wants to ensure that any new motorway built has ERAs every third of a mile.

They said: “The more opportunities we give drivers to get out of the live lane and into emergency refuge areas reduces the risk of collisions.”

What does this mean for drivers?

Drivers are being encouraged to continue to use smart motorways that are completed and in construction, with the Government ensuring that post-implementation surveillance is being undertaken.

The biggest problem now facing the Government is ensuring driver confidence and understanding with 48% of motorists not knowing how to use smart motorways, according to a survey commissioned by road safety charity Brake and breakdown recovery firm Green Flag.

The Department for Transport has even committed £5 million to increase drivers’ ‘awareness and understanding’ of smart motorways.

With more emergency refuge areas and SOS phones, penalties for those who ignore RED X’s in gantry instructions and increased SVD technology, smart motorways are getting smarter, and hopefully safer.

Full article with thanks to https://www.swlondoner.co.uk/news/28042021-construction-of-new-smart-motorways-halted-until-safety-upgrades-installed/