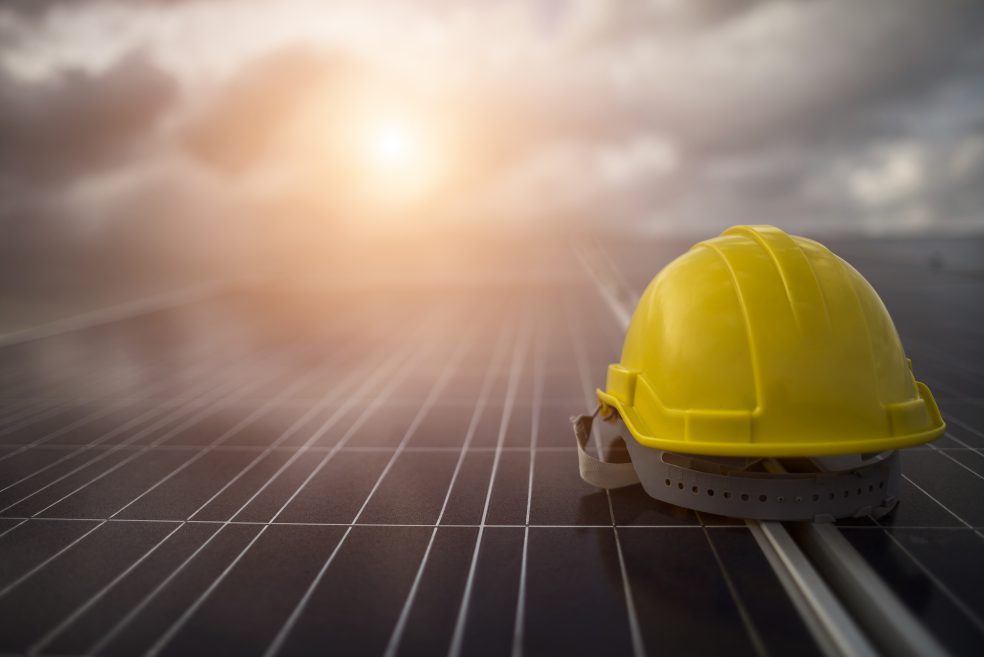 Full article with thanks to https://www.theconstructionindex.co.uk/news/view/industrial-decarbonisation-strategy-sets-out-roadmap-for-revolution

The Industrial Decarbonisation Strategy sets out a plan for cutting industrial emissions by two-thirds in just 15 years.

Building on the prime minister’s 10 Point Plan for a Green Industrial Revolution published last year, the new Industrial Decarbonisation Strategy sets out the government’s vision for cleaning up the manufacturing and construction sectors.

To kick start the process, £171m from the Industrial Decarbonisation Challenge has been allocated to nine green technology projects to undertake engineering and design studies for the rollout of decarbonisation infrastructure, such as carbon capture, usage and storage (CCUS) and hydrogen.

To reduce carbon emissions from public buildings – including hospitals, schools and council buildings – £932m has been allocated to 429 projects across England. The Public Sector Decarbonisation Scheme funds low carbon heating systems, such as heat pumps, and energy efficiency measures like insulation and LED lighting.

The government will also introduce new rules on measuring the energy and carbon performance of the largest commercial and industrial buildings, including office blocks and factories, in England and Wales. The move could provide potential savings to businesses of around £2bn per year in energy costs in 2030, it is suggested.

“While reaching our climate targets will require extensive change across our economy, we must do so in a way that protects jobs, creates new industries and attracts inward investment – without pushing emissions and business abroad.”

He added: “Backed by more than £1 billion investment, today’s plans will make a considerable dent in the amount of carbon emissions emitting from our economy and put us on the path to eliminate our contribution to climate change by 2050.

Jonathan Maxwell, chief executive of energy efficiency investment company SDCL, said: “This is a big step in the right direction to reduce carbon emissions from our schools and hospitals. COVID changes so much of the way we work, we should grasp the opportunity to think differently. Energy efficiency is the low hanging fruit of decarbonisation. Take local generation of electricity and heat. The technology to do this with solar power, high efficiency combined heat and power plants and smart buildings is tried and tested. They save energy and improve productivity. Or we could continue with our current power grid which is a 1950s throwback that has to generate 3KW of power to deliver 1KW of usable electricity.“

The areas receiving £932 million government investment through the Public Sector Decarbonisation Scheme (PSDS) in England include:

£24.3m for Leicester City Council to upgrade 93 buildings including 56 schools. This will include replacing natural gas heating with air source heat pumps, installing LED lighting, installing solar panels, and improving the insulation of the buildings

£24.0m for Hertfordshire County Council to upgrade 182 council buildings, including 74 schools and 23 emergency service buildings. This will include the installation of heat pumps, battery storage and solar panels and improving the energy efficiency of the buildings through installing double glazing and cavity wall insulation

The full list of the 429 projects receiving funding is here

HyNet North West, a hydrogen energy and carbon capture, usage and storage (CCUS) project, will receive almost £33m of public money for two projects that aim to transform the northwest of England into a low carbon industrial cluster by 2030. The two projects will look to decarbonise industry by directly capturing and storing emissions, and creating a hydrogen economy across the northwest. This includes repurposing old oil and gas facilities for carbon transport and storage. The projects expects to reduce carbon dioxide emissions by a million tonnes per year from 2025, rising to up to 10 million tonnes per year from 2030 and beyond. HyNet North West will provide green energy for local homes and businesses – a blend of hydrogen and natural gas.

£31m for Scotland’s Net Zero Infrastructure project will fund offshore and onshore engineering studies connecting industrial sites across east Scotland with access to world-class, safe carbon storage resources in rock deep below the North Sea. This programme of new work and reusing infrastructure will provide a boost to the region’s low carbon credentials, paving the way for onshore and offshore developments totalling more than £3bn, helping Scotland transition away from oil and gas.

Net Zero Teesside and the Northern Endurance Partnership will receive £52m for two projects that aim to decarbonise the Teesside industrial cluster in the mid-2020s. The projects aim to use the funding for a world-first flexible gas power plant that uses carbon capture, usage and storage and that complements renewable energy, and to create an offshore CO2 transport and storage system. Together the projects could capture around two million tonnes of CO2 annually from 2026, decarbonise 750MW of power and reduce the region’s industrial emissions by a third.

The Zero Carbon Humber Partnership project, which aims to turn the Humber region into a net zero cluster by 2040, is getting £21m. The vision is to deliver H2H Saltend, one of the world’s first at-scale low carbon hydrogen production plants on the north bank of the Humber, and CO2 and hydrogen pipelines enabling industrial sites and power stations across the Humber to switch to hydrogen and/or capture and transport their emissions.

A further £12m will be awarded to project Humber Zero which plans to decarbonise the industrial complex at Immingham in Lincolnshire, by creating a carbon capture and hydrogen hub, providing cost-effective and low carbon energy supply and storage opportunities to industry and the National Grid. With the Humber region creating 40% of the UK’s industrial emissions, these projects aim to capture 25 million tonnes of carbon every year.

Nearly £20m will go to the South Wales Industrial Cluster, which aims to create a net zero industrial zone from Pembrokeshire to the English border by 2040, which will open up opportunities for South Wales to become a leader in decarbonised industrial and economic growth. The project will look at options to support the deployment of hydrogen across regions and to develop carbon capture, usage and storage. South Wales industry produces nearly nine million tonnes of carbon each year – 12% of UK’s industry’s total. The project intends to create a sustainable plan for the region, through the production and distribution of hydrogen, cleaner electricity production using carbon capture and/or hydrogen-rich natural gas and large industry decarbonisation through fuel switching and the production of cleaner transportation fuels.

Full article with thanks to https://www.theconstructionindex.co.uk/news/view/industrial-decarbonisation-strategy-sets-out-roadmap-for-revolution