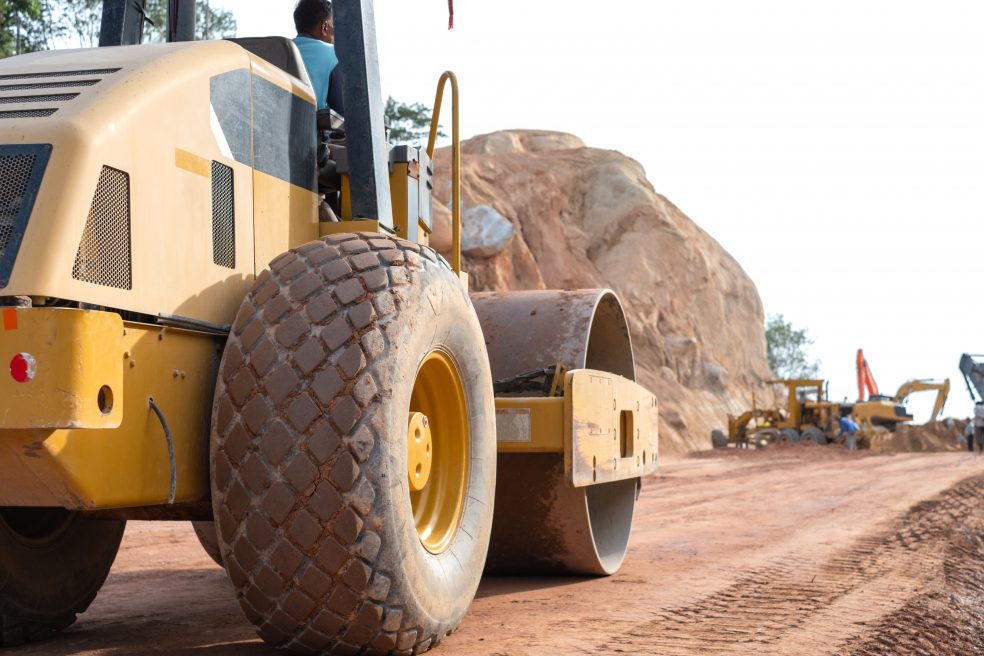 Plans for a £28.8bn roads programme could be challenged in the courts for breaching the UK’s laws on climate change.

The plans, due to be published next month, don’t take into account commitments on reducing emissions, the BBC has learned.

They are likely to face legal challenges from environmentalists.

On Thursday, a court ruled that plans to expand Heathrow had failed to take climate policies into account.

What are the plans?

The prime minister has promised many new roads, with infrastructure spending focused on northern England.

But it is officials who make decisions over which roads are value for money and should go-ahead.

They are supposed to weigh the benefits of a proposed road – for example how much time drivers will save if it is built – against the drawbacks, including the potential for increased carbon emissions.

What is the problem?

The current value-for-money assessment was done under guidelines last updated in April 2019, when the UK was planning to cut emissions by 80% by 2050.

But two months later the target was raised, committing the UK to cutting almost 100% of emissions by the same date.

BBC News has learned that the guidelines haven’t yet been updated to take the tougher targets into account.

The absence of up-to-date guidelines means some climate-damaging road schemes may get approved, when under the new climate laws they should be rejected.

A pressure group, Transport Action Network, says its investigations suggest some road schemes are going ahead, even if they’re shown to increase emissions, whilst other schemes don’t include any data on potential carbon emissions.

The group is now considering legal action against the government.

What does it have to do with Heathrow?

The roads assessment is closely related to Thursday’s Appeal Court ruling over Heathrow.

Judges said the former transport secretary Chris Grayling should have taken into account the latest commitments on climate change before he granted permission for Heathrow to expand, throwing the project back into doubt.

Aviation is a notoriously polluting sector, but the debate about cars is less clear-cut.

The government hopes technical innovation in the shape of electric and hydrogen cars will allow current or even increased levels of mobility to be carbon-free by 2050.

A spokesperson for the Department for Transport said: “We take our commitment to carbon targets immensely seriously and have one of the world’s most ambitious plans for reducing carbon emissions. We have developed our roads strategy alongside this.

“We’re also working hard to reduce the environmental impact of cars on our roads, with our ambitious plans to encourage the uptake of battery electric vehicles resulting in one sold every 15 minutes last year.”

They also warn about the environmental impact of the mining and manufacturing needed to make battery cars, and of the unavoidable particulate pollution generated by tyres and brakes.

Will the new roads be blocked?

The Treasury has been under pressure to deliver a huge infrastructure package to run alongside the Budget in March.

A source said the assessment guidelines were constantly being upgraded but wouldn’t say whether they had accounted for the net zero target.

Josh Burke from the London School of Economics said if the government wasn’t keeping guidance up-to-date there was a risk of “locking in highly polluting forms of transport” which shouldn’t technically be going ahead.

Stephen Joseph, a visiting professor at the University of Hertfordshire said: “It’s highly likely that the government will face further legal challenges if it goes ahead with road spending without having properly considered the implications for net zero climate emissions.”

Some authorities are already taking net zero emissions into account. The Welsh government recently scrapped a planned relief road round Newport, partly on environmental grounds. And North Somerset Council has halted the proposed expansion of Bristol Airport because it’s not compatible with net zero emissions.