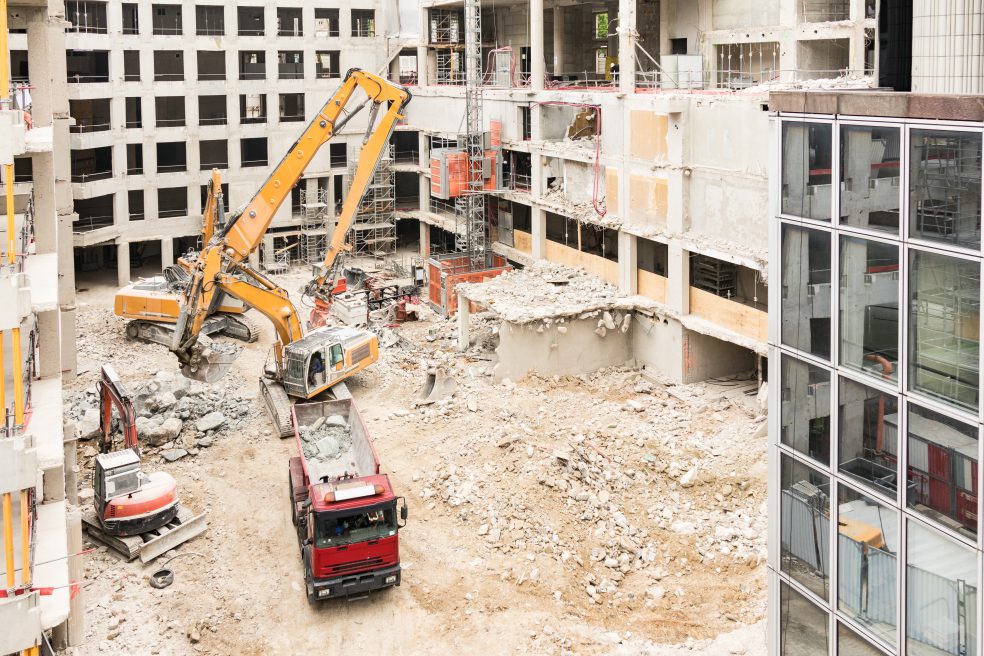 Whole article with thanks to https://www.pbctoday.co.uk/news/health-safety-news/demolition-workers-safety/69543/

Construction union, Unite, has said 2020 must bring safety improvements for demolition workers after a rise in deaths and major accidents in 2019

Unite has said it will write to the Health and Safety Executive (HSE) to request that demolition incidents are investigated correctly and that lessons are learnt from errors.

The union also stated that it would add pressure to enforcement agencies and employers to enhance their efforts to safeguard demolition workers.

Major incidents in 2019 include the four deaths of demolition workers at three different sites and the collapse of scaffolding around a derelict shopping centre in Reading that was being demolished by McGee.

In February this year, a demolition worker employed by Brown and Mason died at the Longannet power station in Fife. Two more demolition workers employed by JF Hunt died at Redcar Steelworks, North Yorkshire, in September, while one Veolia employee died and another was seriously injured while dismantling a gas rig in Great Yarmouth in October.

Unite also made light of incomplete or unsatisfactory investigations into the tragedies at Didcot, Oxford, involving Coleman and Company, in which four men died in 2016 after a disused power station collapsed, and the 2014 death of a man who was crushed after a digger fell through a concrete slab that was being demolished by McGee in Grosvenor Square, London.

Unite national officer for construction, Jerry Swain, commented: “This year has been horrendous for the demolition industry. In addition to four fatalities, we had a major scaffold collapse during the demolition of a shopping centre in Reading, in which thankfully no one was killed.

“There must be a full inquiry into the scaffold collapse that cannot be limited simply to its immediate causes. It must also examine whether the work had been sub-let, the competence of the company carrying out the work, the role of the client, whether all the workers on site were correctly employed and if they had all the appropriate skills and training.

“It is essential that we learn the lessons from this accident, which could have been far more serious, to prevent similar incidents occurring in the future. For too long there has been inadequate investigations and responses to accidents and dangerous conditions in the demolition industry and workers continue to pay for that with their lives.”

Swain added: “For instance, why are we are still in a position that closure has not been reached on the four fatalities at Didcot in 2016 or the death at Grosvenor Square in 2014? That’s five families still waiting for an outcome, years after the tragedies happened.

AS WE APPROACH 2020, UNITE DEMANDS TO KNOW WHAT THE INDUSTRY AND ENFORCEMENT AGENCIES ARE GOING TO DO TO ADDRESS THESE INCIDENTS AND ENSURE NEXT YEAR IS A SAFE YEAR FOR DEMOLITION WORKERS.

“Clients need to take some responsibility for ensuring contractors are employing workers in core activities rather than simply sub-letting everything. They could carry out checks on how many workers each contractor covers in the industry’s B&CE Death Benefit Scheme, which provides life insurance. That would give them an indication as to how many demolition workers each contractor employs directly. A simple but effective check.”

Whole article with thanks to https://www.pbctoday.co.uk/news/health-safety-news/demolition-workers-safety/69543/